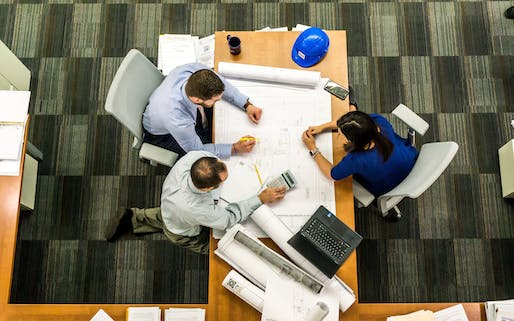 A series of salary transparency laws emerging across the U.S. is already having an impact on how companies approach disclosing pay range information, one survey has found. The study, undertaken by insurance advisor company WTW, found that many businesses are choosing to include information on salary ranges in job adverts, even when not required to under state or local laws.

WTW’s Pay Clarity Survey elicited 388 responses from businesses across North America, and was not specific to architecture or the AEC industry.

The survey was conducted between June 27th and July 8th of this year, at a time when several U.S. states were advancing plans to introduce salary transparency laws for job adverts. In May, it was confirmed that New York City businesses will have to disclose salary ranges in job adverts starting from November 2022, while a similar move by New York State was advanced in June.

In early September, California lawmakers updated and passed their own salary transparency law, which was signed into law by Governor Newsom later that month. Measures designed to improve salary transparency already exist on a state-wide level in Colorado, Nevada, Connecticut, Washington, and Maryland.

WTW’s survey offers one insight into how companies are adapting to such moves. 16% of firms surveyed have seen an increased number of candidate applications after disclosing salary information. 38% of firms report seeing more questions from current employees since disclosing salary ranges, while 27% have seen more questions from prospective employees.

In addition, organizations are increasingly providing narratives and justifications on their approach to pay equity, with 33% already disclosing such information, and 53% planning to do so in the near future.

The new environment has also triggered changes in jurisdictions not currently subject to salary transparency laws. The survey found that 17% of companies are already disclosing pay range information even though not required to by their state, while 62% of businesses not required to disclose the information are nonetheless planning or considering doing so. Specific information which firms are considering disclosing include hiring range (58%) and full salary range (48%).

Not all companies have embraced the change, however. The survey found that 31% of organizations feel their pay structures are not ready for the level of transparency required by some laws, with 30% citing “administrative complexity,” and 25% citing a “lack of clear job architecture.” Meanwhile, 46% cite possible employee reactions as a reason for their reluctance to disclose salary information.

You can help us in our continued effort to provide salary insights into architectural practice across the USA by anonymously responding to the Architecture Salary Poll here.

Similar articles on Archinect that may interest you…