BREAKING: Aamir Khan was all set to launch his son Junaid in and as Laal Singh Chaddha; Aditya Chopra insisted that the superstar should play the lead part (DETAILS INSIDE) : Bollywood News - Rvpg media Skip to content

Aamir Khan is all set to release his passion project Laal Singh Chaddha in less than two weeks. It is a remake of Tom Hanks’ classic film, Forrest Gump (1994) and the internet is buzzing with netizens comparing the visuals of Aamir’s film, as evident in the trailer, with that of the original film. During a media interaction, a journalist asked Aamir Khan if he was inspired by Tom Hanks’ performance while shooting. To which, Aamir Khan gave an answer that surprised everyone! 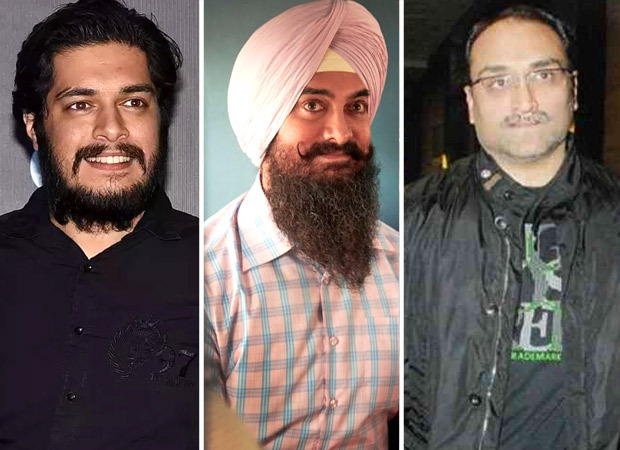 BREAKING: Aamir Khan was all set to launch his son Junaid in and as Laal Singh Chaddha; Aditya Chopra insisted that the superstar should play the lead part (DETAILS INSIDE)

Aamir Khan revealed that he was not sure whether Advait Chandan, who had only made Secret Superstar (2017), will be able to direct a film of this kind. So, he asked Advait to direct 7-8 key scenes from the film as a test shoot. He was free to form his own small team for it. Aamir, however, insisted that he’ll not act in this mock shoot.

Meanwhile, Junaid Khan had just returned home after studying acting in the USA. Aamir asked him to play the lead character of Laal Singh Chaddha in this test shoot. The superstar felt that he’ll kill two birds with one stone – through the test shoot, he’ll learn not just about Advait Chandan’s directing abilities but also Junaid Khan’s acting abilities.

The shoot did happen. When Aamir Khan and his ex-wife Kiran Rao saw the final cut, Aamir said that they were blown away. They were also highly impressed with Junaid’s acting. This is when Aamir decided to launch his son in and as Laal Singh Chaddha! Aamir Khan showed the film to many people in his circle like Karan Johar, Mansoor Khan, Satyajit Bhatkal, Svati Chakravarty etc and they all agreed with Aamir on this. On top of it, Aamir had grown his beard for six months to play the role. After watching Junaid’s performance, he even shaved off his beard, as he was certain that he is no longer doing the film.

However, Aamir Khan revealed that two people disagreed – one was the writer of the film, Atul Kulkarni, and the other was Aditya Chopra. Aditya Chopra remarked that Laal Singh Chaddha is not a plot-heavy film. Instead, it’s an episodic fare and one should not launch debutants in such a type of a film. Both felt that Aamir Khan should himself play the lead in Laal Singh Chaddha. Aamir found merit in Aditya Chopra’s argument and decided to take on the role. He once again grew his beard.

Aamir Khan then answered that therefore, he wasn’t inspired by Tom Hanks; instead, it was Junaid Khan who inspired him. Aamir Khan observed that Junaid got the sur of Laal Singh Chaddha right as just like the character, he’s also an innocent person. Thanks to him, he understood how to play the part.

So did Junaid Khan feel bad about losing on to such a big film despite playing the part flawlessly? Surprisingly, Aamir Khan revealed that Junaid was fine with it. In fact, Aamir stated that Junaid himself was not in favour of doing the role. “Junaid bahut practical hai,” said Aamir and explained that his son explained to him that he shouldn’t be cast in a film with such a huge budget!

Interestingly, Aditya Chopra later offered Junaid Khan a film titled Maharaja and it is now going to be his debut film. It is expected to be released in the first half of 2023.