Alia Bhatt announced her pregnancy in June this year and since then a lot of attention is being showered on the Gangubai Kathiawadi actress as well as her star husband Ranbir Kapoor. While the latter spoke about entering fatherhood and his thoughts on being a parent, during the promotions of her forthcoming film Darlings, the actress was asked about changes in her life during the pregnancy. When she was recently asked about the kind of stress she faces whilst promoting her film during pregnancy, the actress maintained that staying fit is important and if you are you can continue working peacefully and actively. 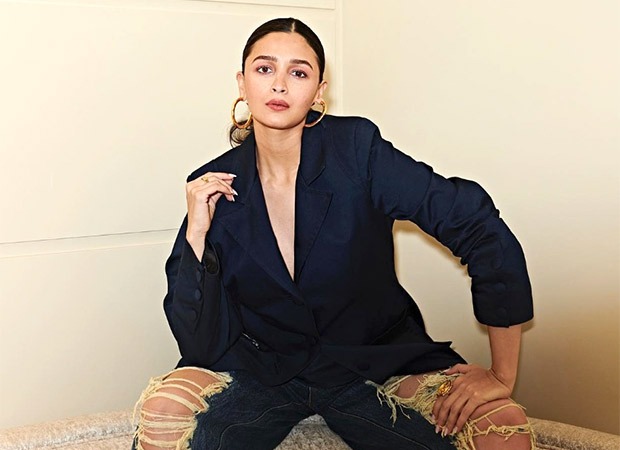 During a song launch in Delhi, Alia Bhatt was asked about the kind of stresses she has to undergo while attending promotions during her pregnancy. To which, she replied, “Agar aap fit ho, healthy ho, fine ho, toh koi rest lene ki zarurat hai hi nahi. Kaam karna mujhe sukoon deta hai, meri passion hai.” (Transl: If you’re fit, healthy, and fine, you don’t need to rest during your pregnancy. Work gives me peace and acting is my passion). She went on to add, “It keeps my heart, my soul everything alive and charged. Toh main toh matlab 100 saal ki umar tak kaam karungi.” (Transl: I will work till I am 100 years old).

Speaking about the actress, Alia Bhatt tied the knot with Ranbir Kapoor in April 2022. During the announcement of her pregnancy, the actress was in the UK shooting for her Hollywood debut Heart Of Stone with the likes of Gal Gadot and other stars. Besides that, the actress will soon also kick off the promotions with husband Ranbir Kapoor for their first film together, Brahmastra which is slated to release in September. As for Darlings, which also stars Shefali Shah, Vijay Varma in pivotal roles, is slated to premiere on Netflix this week, on August 5.

Also Read: Alia Bhatt opens up about producing and acting in Darlings; says, “When I produce films with other actors they will know how serious I am”